This talk given in May 2011 talks about network attack collaboration. The communication and data sharing problems are touched on, but the real meat of this presentation is Armitage's session sharing capability. If one team member gets access to a host, any other team member can use that session--seamlessly. This talk shows how it works and demonstrates the technology.

Posted by Kiran Vangaveti at 8:15 AM

SynJunkie has a couple good posts on citrix escapes:

and of course iKat

So recently I had to break out of restricted citrix environment. All I had was Excel 2010 and Word 2010. 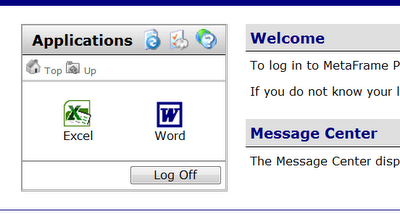 I also didnt have a fancy 'jump to url' option when I clicked on the title bar and none of the hot keys were working for me. So goal was to get a web broswer or cmd shell.

I was able to create macros though. So first I added the developers ribbon.

Click the visual basic button, and paste in some sweet macro code. 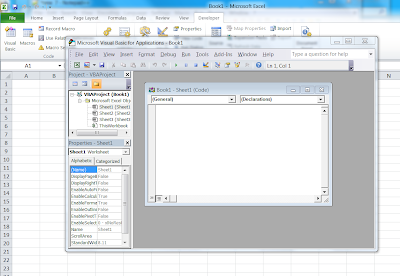 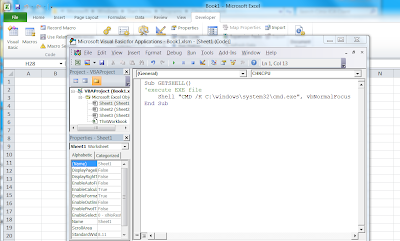 Then you save the file as macro enabled workbook. 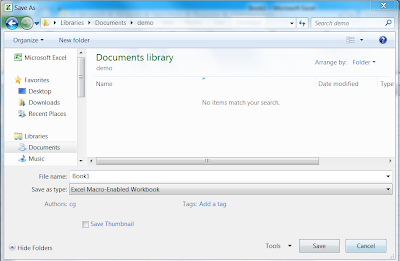 Once its saved, you can hit the macro button and run your macro. 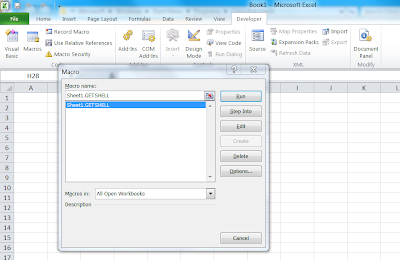 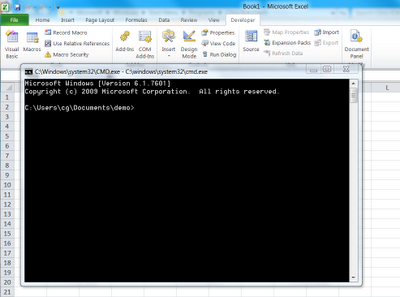 You could also just type a url into excel... 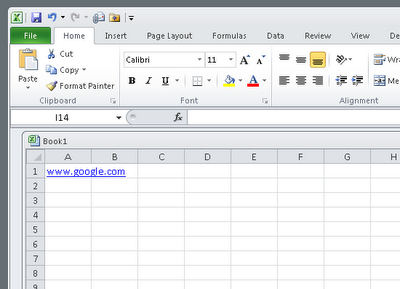 and click it..But that's pretty low tech and not much fun :-) 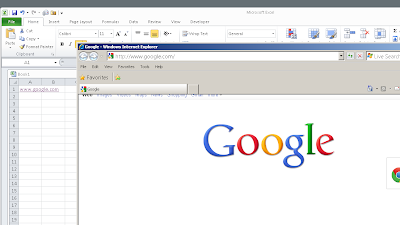 Posted by Kiran Vangaveti at 11:45 AM

volafox is a python 2.5 application that will analyze images of Macintosh RAM. This utility is free and available from Google Code. Gosh Finally a reliable memory analyzer for Mac. Presence of Mac in the forensics field has increased considerably in the last year. This tool will be a nice addition to the forensicator's belt.
Posted by Kiran Vangaveti at 10:43 AM

Fake anti-virus attacks have become more sophisticated and professional in their appearance, convincing more innocent computer users into making bad decisions. The use of high quality graphics and professional interfaces means that there is a risk that more users are likely to fall for the scams.

The latest fake anti-virus attack, which tricks users into installing malicious software posing as a Microsoft security update. Affected users will see an almost exact replica of the real Microsoft Update page - the only difference being that the bogus page appears while surfing with Firefox, whereas the genuine Microsoft Update site requires Internet Explorer.

The use of the Microsoft Update disguise takes advantage of the monthly "Patch Tuesday" security updates that Microsoft regularly issues, and that users are encouraged to install to defend their computers.

"Users need to be more vigilant than ever before as bogus security alerts pop-up in their browsers. Fake anti-virus attacks are big business for cybercriminals and they are investing time and effort into making them as convincing as possible," said Graham Cluley, senior technology consultant at Sophos. "Malicious hackers are using smart social engineering tricks more and more often, and the risk is that users will be scared by a phoney warning into handing over money to fix problems that never existed in the first place."

Posted by Kiran Vangaveti at 9:22 AM

FaceNiff allows even n00bs to hack Facebook over wifi networks. It works on rooted-Android devices. Other than Facebook, it allows users to sniff Twitter, YouTube, Amazon too. Unlike its older cousin FireSheep, FaceNipp app listens in on wireless networks encrypted with WPA and WPA2. All that is needed is one tap and withing seconds, users can hijack supported account types.

Not that you intend to try out FaceNiff, but you can't hijack more
than three profiles. However, FaceNiff app developer Bartosz
Ponurkiewicz says more sites for hopping onto user accounts will soon be
supported. He noted if you want to hijack more than three profiles with
FaceNiff, there will be an option to pay and unlock the code.

This App is extremely portable 'cause it runs on Android phones - it presents a clear possible attack vector 'cause it's not just for public wireless
networks. Depending how you manage your wireless network at home,
someone could park outside or walk by your house and FaceNiff you.

This one-tap-wonder app again underscores the importance of using
HTTPS. If you have not done so, you can tweak your Facebook and Twitter
settings to always enable HTTPS. Or use the EFF's Firefox add-on HTTPS Everywhere or another addon of your choosing to force SSL. HTTPS is your friend. It is way past time to start applying major public pressure in order to force sites to use HTTPS.
Posted by Kiran Vangaveti at 11:44 AM

After releasing two free anti-virus tools, Microsoft Safety Scanner and Microsoft Security Essentials, Microsoft has also released a beta version of recovery tool that can help the users to start their infected PC when all other anti-virus solutions failed. The Microsoft recovery tool is called as Microsoft Standalone System Sweeper, which is being designed to reboot the infected PC and perform an offline scan to help identify and remove rootkits as well as other advanced malware. Besides working as a recovery tool, it also can be used when the installed anti-virus solutions can’t be started, and detect or remove malware on the PC. Microsoft Standalone System Sweeper Beta is not a replacement for a full antivirus solution providing ongoing protection; it is meant to be used in situations where you cannot start your PC due to a virus or other malware infection.

You need a blank CD, DVD, or USB drive with at least 250 MB of space, to get started. Next, download and run the tool – the tool will help you to create the bootable media required to run the software on your PC.